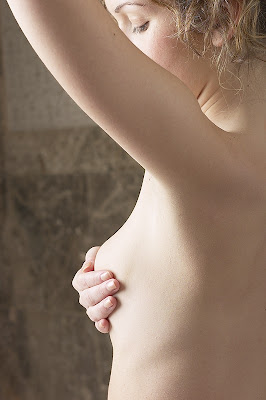 Santa Cruz, Ca. -- Forget mammography! It's its own scam. And it CAUSES an estimated 2 cancers for every cancer it finds, which when removed "saves" a woman's life. There is a far better choice. It can be used annually on woman beginning at age 40 and has a very low rate of false positives. And it's cheaper.

I know the buzzwords heard in liberal circles these days include some kind of outcry against recent recommendations that seem to compromise womens health, i.e. no mammograms prior to age 50. Pap smears to start at 21 instead of 18 and then only every two years. And forget self-examinations. While I can't fathom why women should be told to stop self examinations, I agree with the federal task force findings on mammograms. If mammograms are to be used, age 50 for a first look makes sense.

Tissue in younger women (ages 40 - 50) tends to be too dense to see an active cancer tumor. 15% of deadly tumors are missed under the best of conditions. Furthermore, the radiation from the x-ray does cause damage, so should be used sparingly. Establishing a baseline is warranted, but a mammogram every year starting at age 40 is not!

Finally, when a woman finds a lump through a self-examination, or a mass is detected through a mammogram, sometimes a biopsy is ordered. Nine out of ten biopsies are negative, yet there can be complications from the incision, reactions to the anesthesia, anti-biotics and other medications, infections, and of course the whole process generates stress and worry .

Fortunately there is a better way. With breast thermography, the technology looks only for active tumors. 98% of tumors are inactive, and do not need to be removed. In fact, they are best left alone and dealt with through diet, exercise, sleep and judicial use of vitamins and herbs. Active tumors have a high level of blood flow and hence generate high heat. Thermography is the perfect technology to find exactly those cancers which threaten women's lives most, and works well with women with denser breast tissue, which mammography does not.

To perform an exam, a woman is placed in a 68 degree room with her breast exposed. Additional fans are turned on which cool the breast causing blood flow to diminish in healthy tissue. Cancer tissues don't have the same neural sensory response and will not contract. The blood flow will continue, unaffected by environmental heat or cold. A thermal scanner is passed over the breast which detects heat. There is a very low rate of false positives with this method. No radiation is needed and the breast need not be crushed, so it's truly safe, unlike mammography or other x-ray techniques. The FDA approved thermography as a diagnostic tool in 1982, however in the United States, it is only used as an adjunct to mammography. However, in Canada and France, thermography is the primary tool for detection of breast cancer.

In the United States, medical establishments are heavily invested in mammography and have rejected breast thermography as a primary diagnostic method. The reasons can only be political. Huge pharmaceutical companies stand to profit from overtreating patients. Health advocates need to pressure their legislators to demand that thermography be the primary method used to detect breast cancers. Chemotherapeutic drugs mean big profits for pharmaceutical companies where the cost of an 8-week treatment period, which once cost as little as $100, now costs up to $30,000 for treatment with the newer drugs.

The American Cancer Society, a very large and respected non-profit is heavily invested in funding mammography screening clinics with pharmaceutical drug companies donations. $150 million in tax-deductible donations have already been spent and are expected to generate $100 billion in sales of chemotherapeutic drugs over the next 30 years. Unfortunately much of this treatment will be for cancers that were better off left untreated.

Soon after the United States Preventive Services Task Force, a federal advisory board recommended mammograms to begin at age 50, the ACS issued a statement opposing the recommendation. Charges of "rationing" health care and of balancing costs on women's lives have been leveled. But what is the truth?

Breast cancer is expected to kill 40,000 women in the United States this year. But the Task Force's recommendations are hardly new. In 1977, after an official of the National Cancer Institute voiced concern that women in their 40s were getting too much radiation from unnecessary screening, the National Institutes of Health concluded that most women should wait until they’re 50 to have regular screenings.

Nor have we made much progress in treatment of women who do develop breast cancer. From 1950 to 1990, there were about 28 breast cancer deaths per 100,000 people. Today, in California, 23 women per 100,000 will die from breast cancer. The lower rate can be accounted for by a reduction in the use of post-menopausal hormone therapy, and because rates for smoking tobacco have dropped. Treatment itself seems to have made little difference. Mammography screening, introduced in the 1960s, actually increased the breast cancer rate by finding cancers that would not have been found with less aggressive screenings.

The task force estimated that we would need to screen 1,900 women in their 40s for 10 years in order to prevent one death from breast cancer, and in the process these tests will have generated more than 1,000 false-positive screens and with all the over treatment they entail.

Eighty percent of the million breast biopsies performed each year in the US, because of a suspicious mammogram, are negative. Compare these results to a study conducted using breast thermal imaging. Sixty of 94 biopsies were malignant and 34 were benign. Thermal imaging identified 58 of 60 malignancies without exposing a single breast to a radioactive material.

The problem with mammography is that in trying to differentiate different types of tissue visually and structurally, 15% are missed.

"We're spending $300,000 to diagnose one cancer, "said Dr. Len Saputo, MD "And you are probably causing two cancers for every life you save." Dr. Saputo recommends a different approach to prevention and treatment of breast cancer.

"Early detection is different from prevention. We'd save 75% of the cost of healthcare" if we implemented preventative medicine.

"You always do lifestyle changes first...eat right, sleep right, exercise, then Chinese medicine, Ayurvedic medicine and homeopathy. Then vitamins and minerals. Your last choice is to go to your medical doctor for treatment."

"With 400, 000 dead per year from drugs alone and another 600,000 per year from errors and complications in medicine (iatrogenic disease), it shouldn't be your first choice," Saputo warned.

Thermography doesn't radiate the breast. It doesn't crush the breast down, which can actually spread cancers in women with active tumors. And it's been FDA approved for 27 years now.

"A company, Computerized Thermal Imaging, spent $90 million in development, and is now bankrupt," Dr. Saputo reported. He said that thermo-imaging should be used as a primary screening test, considering all the mistakes that can happen with mammograms.

As for the claim that self-exams don't work? Who knows your body better than you? Half of cancers are found by the woman.

Posted by Becky Johnson at 8:52 AM