Confessions of a Song Criminal 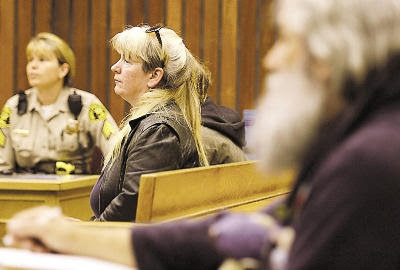 Santa Cruz, Ca. -- In my post-conviction haze, a few things are starting to gel. If I can be arrested, prosecuted, and convicted for singing two and a half songs between 2:30PM and 3:30PM on a busy downtown sidewalk, anyone can. In a flurry of post-conviction ecstasy blasted by those who want to drive homeless people out of sight/out of town, I am shrilly declared as some sort of attention-seeker and told that this case is only about me and my ego. 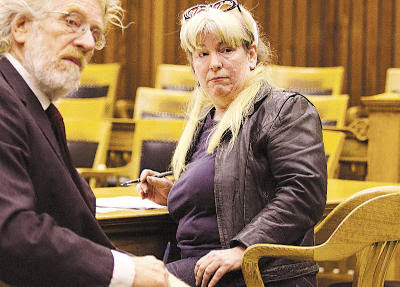 But this time, it's not about me. It's about all of our civil rights. It's about our personal freedom. It's about the "Broken Windows" Theory. And it's about that homeless guy with a backpack and a bedroll that can be told he can't be there simply because a citizen has complained. Well if he can't be there, then none of us can be there either. If you can't sing the blues, you probably can't say them either. 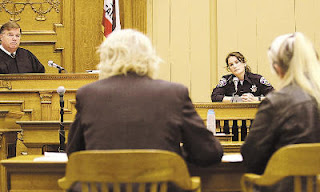 Officer Lauren Schonfield testified on the stand that she "could hear the noise from Cooper St." She knew it to be "Norse's group." But somehow that recollection never made it into her police report. There she simply states "I had walked by Norse's group five minutes earlier." When asked to testify which song she heard us singing, she said "I do not recall." This is what passes for "content'neutral" in Jeff Almquist's court.

Under "Broken Windows" the police survey the neighborhood and determine who belongs and who doesn't belong. Then the officer targets those who "don't belong" with a myriad of petty citations, some real, and some made up on the spot. The Santa Cruz Police Department openly claims that they have fashioned their policies around this disputed and Constitutionally-questionable theory.

HERE are the lyrics which members of my group, HUFF, had just been singing and of which Officer Schonfield is well aware:

8. Where are the songs on the sidewalk today?...the best have gone away— from Downtown A single complaint will have the cops out to send the singers on their way—Downtown Sing a song of protest just outside the local bookshop Music with a message means a steep fine---makes the poor stop Singing their tale. So stop singing your doubt, you'll see bigots on phones All calling cops out To come downtown— muz-zel-ing those they fear Downtown—don't want your kind SO near, Downtown---watch uniforms smother our dreams
9. They don't give their names, but the cops tell the singers—"You!--Be on your way!" Downtown “We've had a complaint, so you must stop your singing at this spot today.” Downtown Everyone around you may appreciate the groovin' One heckler 's veto gives the cops excuse to get you movin' In spite of the law The police don't give a damn, which Constitution they're shredding It's all quite a sham. When you're downtown—shame on the fear that rules Downtown—bad laws from frightened fools Downtown— Sing Out and Recover Your Dreams Downtown—Grinding Us Down;. Downtown—Silencing Sounds. Downtown.

Repeal CYNTHIA MATHEWS "move-along" law as the oppressive and unconstitutional fiasco it is. Repeal RYAN COONERTY's parking lot/garage "trespass" law as Scroogian in its inception. Repeal DON LANE's anti-smokers law which was built on junk science and is unenforcable. And before we do anything else, repeal that God-damned, infernal abomination also known as the SLEEPING BAN before our collective souls get any blacker.