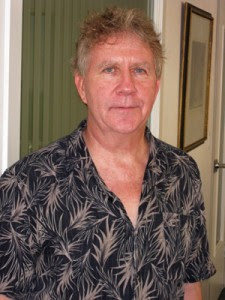 “I was asked about every Jew I knew in OSD [Office of the Secretary of Defense], and that bothered me,” Franklin said. His superiors at the time were both Jewish: Paul Wolfowitz, deputy secretary of defense, and Douglas Feith, undersecretary of defense for policy, whom Franklin believes was a target of the investigation. “One agent asked me, ‘How can a Bronx Irish Catholic get mixed up with…’ and I finished the phrase for him: ‘with these Jews.’” Franklin answered, “Christ was Jewish, too, and all the apostles.” “Later I felt dirty,” he added." ---Larry Franklin, interview in The Forward, July 1, 2009

NOTE TO READER: I've been following the AIPAC "spy" case for a long time. I always thought it was bunk. The two members of AIPAC who were arrested and accused of "spying" were given information from a Pentagon official. They were not part of the United States government, but US citizens and openly members of AIPAC. The law used to prosecute them was a little-used provision which hadn't been utilized in 100 years and had never been used to prosecute private citizens. Finally, there was no evidence that the information passed on to allied government officials in Israel and more generally to members of the press in the US did any harm to the United States. I've suspected that anti-semites launched this inquiry and made the charges in the first place. Here is a Washington Post editorial which raises the same question. ----Becky Johnson, Editor


The AIPAC Case and Prejudice

The conspiracy case against two former AIPAC lobbyists came to an inglorious end in May when the government dropped all charges after 3 1/2 years of pre-trial maneuvers.

It was a curious case: First, the lobbyists, Steve Rosen and Keith Weissman, were charged under an obscure section of the Espionage Act of 1917, a law that had been used only once before -- unsuccessfully and never against private citizens for disclosing classified information. Second, they were targets of a bizarre sting in which they were fed false information suggesting that the lives of U.S. and Israeli operatives in Iraq were at risk and that American officials were refusing to take steps to protect them. The accusation was not that they brokered this information to some foreign enemy but that they offered it to everybody they could, hoping, among other things, to get a reporter from The Post to publish it so that it might draw the attention of the right U.S. officials and save U.S. lives. In short, even if the two were guilty as charged, they look more like whistle-blowers than spies.

But the most curious element of the case is why it was ever brought. Why set up a sting unless you believe there's some underlying pattern of wrongdoing to be exposed? What were the counterespionage people after?

After three years of working on a book on this case, I am still not sure. But now the wired informant in the middle of the affair, Larry Franklin, has raised the specter of bias. The former Pentagon analyst who leaked the bogus tip to the lobbyists told the Washington Times last month that investigators "asked about every Jew I knew" in his office. Anti-Semitism was "part of this investigation and may have been an initial incitement of this investigation."

If so, Ground Zero would be the 23-year-old case of Jonathan Pollard. Here one had a real spy, an American Jew working for the Navy who, out of concern for Israel as well as cash, copied and delivered thousands of classified documents. After his arrest in the 1980s, the belief took hold within counterintelligence circles that he was part of a larger spy ring. This led to the search for a "Mr. X," a high-ranking national security official who had helped direct Pollard to needed documents and continued to operate within the government. So the creation myth was born.

That no Mr. X was ever found is beside the point. More relevant is that Pollard could support an operational frame for organizing and understanding a murky, dangerous world. This anti-Zionist concept holds that Israeli objectives run contrary to U.S. national interests; that many American Jews, including those in senior policymaking positions, suffer from divided loyalties; and that pro-Israel political influence holds sway over U.S. government decisions.

While this politically incorrect frame is not going to be discussed in public speeches, its outline appears with a vengeance in the Rosen-Weissman case.

Franklin was apparently sent out by his FBI handlers to tempt Jews. He tried Adam Ciralsky at CBS News, who had once sued the CIA for anti-Semitism, and Richard Perle, who was on his way to vacation in France, as well as Pentagon employees who had done nothing more than work with Franklin. All turned down the offer of information.

But the bait tempting the AIPAC lobbyists was tastier. After not seeing them for a year, Franklin asked for a meeting, and in an Arlington coffee shop he told Weissman that both American and Israeli agents in Iraq were being targeted by Iran. Could they please use their contacts to tell our White House to stop this plot, he asked, because no one was listening to him? And by the way, this is secret. The lobbyists fell for the plea to save lives. They told the Israelis, they told The Post and they tried to tell the National Security Council. And they were charged with conspiracy.

Ironically, the Rosen-Weissman prosecution makes a botch of the anti-Zionist frame. The American Israel Public Affairs Committee, the mightiest of the Zionist organizations, looks pathetically vulnerable. Its stature wasn't enough to keep the most pro-Israel administration in recent history from pursuing for four years a ramshackle conspiracy case. Seemingly untouchable AIPAC was touched hard by wiretaps, raids on its offices and subpoenas. Under government pressure, intimidated AIPAC leaders fired the two lobbyists, cut off their legal fees at times and distanced themselves, and their allies on the Hill, from even verbal support.

After years and millions of dollars spent investigating the nefarious "Israel Lobby," the case produced no stolen secrets, no money changing hands, no covert meetings, no high-level, dual-loyal officials, no harm to the national interest and no spies. Pardon me, but where's the corned beef?

If a powerful lobby threatens national security, shouldn't the patriotic supporters of that organization be informed of the evidence? Or if government officials have allowed prejudice to covertly victimize innocent people shouldn't that behavior be made transparent? Or, if an important ally is using ethnic ties to turn supporters into spies, shouldn't the public know?

Of course the case hasn't been all bad for conspirators. The same year AIPAC fired its lobbyists, it used the troubles to raise a record $45 million. And having opponents exaggerate a lobby's power ends up enhancing that power.

Both the FBI and AIPAC have to be pleased to see this case go away; one to conceal mistakes and biases, the other to hide weakness and disloyalty to its own.

The writer is a professor of government at the Georgetown University School of Foreign Service in Qatar.

Posted by Becky Johnson at 9:48 AM