NOTE TO READER: Longtime homeless activist, Robert Norse, published the following Op-Ed in the Sunday edition of the Santa Cruz Sentinel. Norse was responding to two recent defeats in court in which his appeal was turned down. In the first case, the 9th Circuit Court of Appeals, turned down Norse's bid to sue the Mayor and City Council members in Federal court for violating his civil rights when they arrested him for a brief, silent hand gesture for "disrupting a public meeting." Norse was arrested but all charges were dropped. Norse has filed for a re-hearing or an en banc hearing of the 9th Circuit Court. City Attorney John Barisone has claimed that his office has already spent $114,000.00 in legal costs through legal maneuvers to prevent an actual trial being held on the facts. ---- Becky Johnson, editor

When courts support police misconduct and government repression, what can the public do? Two recent court decisions have brought this issue home to me sharply and personally.

The Sentinel inaccurately covered both cases. In one, I challenged two false arrests by the Santa Cruz City Council, including a brief don't act like Nazis salute shown in detail here.

In the second, a Metro bus station security guard insisted I leave the property because I'd pulled out a tape recorder after he accosted me and refused to identify himself. 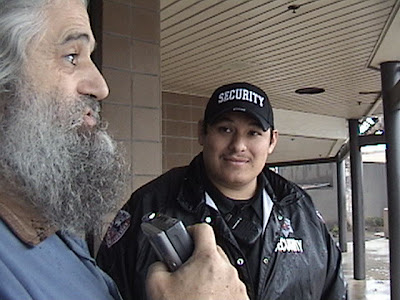 In both cases, courts ruled against me audio here and here ; fast forward to the relevant sections; transcript found here .

I offended politicians and police in both cases, but broke no laws. The Metro case is still being appealed, but poor and homeless people there are still being harassed with no police accountability. 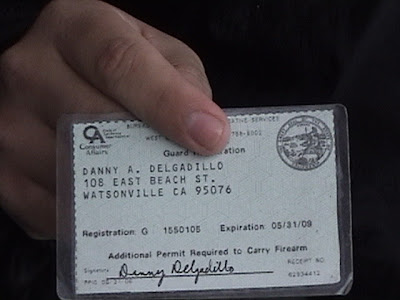 Photo: The same security guard who refused to identify himself the day he had Norse arrested for trespassing at the Metro Transit Center, provided his card and allowed it to be photographed. Photo by Becky Johnson

The City Council has gone so far as to prohibit audience booing but not cheering. How far can our City Council going threatening, expelling, even arresting members of the public when their criticism offends but doesn't actually disrupt? This was the issue in my court case which we are now appealing to a higher panel.


Only one council member even noticed my brief silent political gesture of condemnation. Is it then a real disruption? Or was the arrest an attempt to punish ? Wasn't Councilman Tim Fitzmaurice's insistence on stopping the meeting itself the actual disruption? If I'd held up a sign instead saying don't act like a Nazi, would the Council have been equally justified in throwing me out? This is the issue a jury would have decided. I am still fighting these cases.

The District Attorney knew a bad case when he saw one. I was arrested, jailed, but never charged. I then sued for false arrest. Two weeks later I and others made the same Nazi salute again, explaining it was neither pro-Nazi nor disruptive but rather an expression of outrage at abusive City Council process. The Council made no arrests.


Nationally, Bush's unlawful enemy combatants are now Obama's underprivileged enemy belligerents They face the same kangaroo military commissions. They are held in the same secret camps after being kidnapped, held without charges, and tortured year after year. 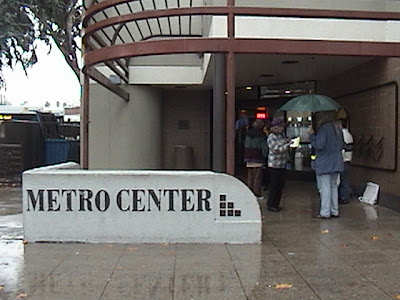 PHOTO: The main sign in front of the Metro Center which Norse was cited for failing to move away from. Photo by Becky Johnson Nov 26 2008.

Locals driven into homelessness by the economy face new Council-concocted anti-homeless laws. Benches are disappearing from Pacific Avenue under pressure from NIMBY groups like the Santa Cruz Neighbors and the Downtown Association. Police ticket poor people for holding up a spare change sign after dark. The city fences off another 25 seating spaces in front of New Leaf Market at the cost of thousands of dollars to stop people from sitting on the edge of the planter. The city attorney justifies a citywide outdoor sleeping ban that makes homeless people criminals. L.A. and San Diego have suspended their sleeping bans. 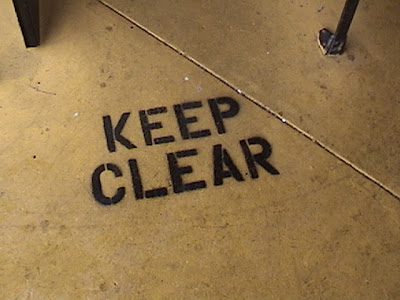 PHOTO: Warning sign at the Metro Center which is not in front of the large sign in front where Norse was cited for failing to move away from. Photo by Becky Johnson Nov 26 2008

When we bring these matters to the City Council, they devise new ways of silencing the public. They move items six hours ahead to late at night, cram everything onto rushed afternoon sessions, end public comment on individual agenda items unless a council member agrees, circumvent public commissions, and malign members of the public without right of reply. Does this kind of expanded power help or hurt us?