NOTE TO READER: I have been an opponent of inject-able vaccines for a number of years ever since I learned at a UCSC class on public health that the CDC data for incidences all cases of 9 major infectious diseases in the past century were largely unaffected by the introduction of a vaccine. This was true for small pox, polio, and measles alike. For example, the polio epidemic was already in steep decline by the time the vaccine was introduced. I became a skeptic at that point, and stopped vaccinating my children. (I'm a bit of a hypocrite, because I still vaccinate my cat!!). Robert Kennedy Jr. lobbied on behalf of a group of parents whose children suffer from autism. They claim that the vaccinations were the cause. To vaccinate or not is a serious choice, to which reasonable people might disagree. My older sister stopped vaccinating her children, but suffered a bout of whooping cough in her family. All survived without long term effects. Below is an article from Science Daily which reports the results of a Mayo Clinic study which posted results that should have been main headlines in May of 2009, but somehow weren't. 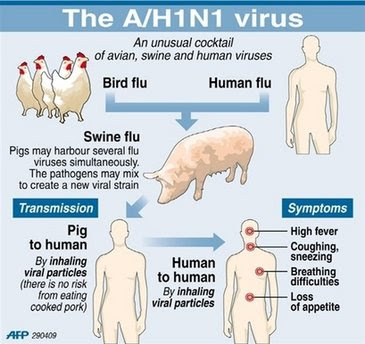 Children Who Get Flu Vaccine Have Three Times Risk Of Hospitalization For Flu, Study Suggests

ScienceDaily (May 20, 2009) — The inactivated flu vaccine does not appear to be effective in preventing influenza-related hospitalizations in children, especially the ones with asthma. In fact, children who get the flu vaccine are more at risk for hospitalization than their peers who do not get the vaccine, according to new research that will be presented on May 19, at the 105th International Conference of the American Thoracic Society in San Diego.

"The concerns that vaccination maybe associated with asthma exacerbations have been disproved with multiple studies in the past, but the vaccine's effectiveness has not been well-established," said Avni Joshi, M.D., of the Mayo Clinic in Rochester, MN. "This study was aimed at evaluating the effectiveness of the TIV in children overall, as well as the children with asthma, to prevent influenza-related hospitalization."

In order to determine whether the vaccine was effective in reducing the number of hospitalizations that all children, and especially the ones with asthma, faced over eight consecutive flu seasons, the researchers conducted a cohort study of 263 children who were evaluated at the Mayo Clinic in Minnesota from six months to 18 years of age, each of whom had had laboratory-confirmed influenza between 1996 to 2006. The investigators determined who had and had not received the flu vaccine, their asthma status and who did and did not require hospitalization. Records were reviewed for each subject with influenza-related illness for flu vaccination preceding the illness and hospitalization during that illness.

"While these findings do raise questions about the efficacy of the vaccine, they do not in fact implicate it as a cause of hospitalizations," said Dr. Joshi. "More studies are needed to assess not only the immunogenicity, but also the efficacy of different influenza vaccines in asthmatic subjects."