Why Are Some Cops So Hostile to Marijuana Policy Reform? 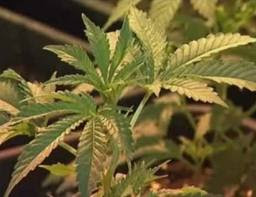 This article by Rob Kampia was recently in Huffington Post:

A few years ago, when the Marijuana Policy Project was lobbying the Minnesota legislature to pass a modest medical marijuana bill, the state prosecutors association led the opposition. Rank-and-file police from the Twin Cities left their beats to fill up committee hearing rooms — in uniform, with handguns strapped to their waists — in an attempt to intimidate the state legislators on the committees. 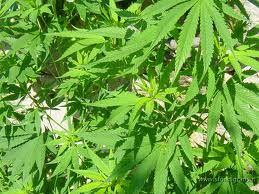 And law enforcement lied, lied, lied, so much so that we started distributing daily “Law Enforcement Lie of the Day” videos to all state legislators and political reporters in the state. We also slammed the leading local prosecutor’s office with phone calls from angry constituents; he privately threatened to arrest us for “obstructing justice.” I almost wish he had arrested us so that he would have had to explain why trying to help sick people interferes with justice, but he didn’t. 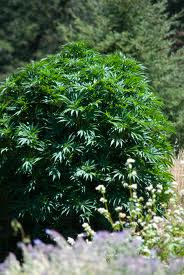 For a couple years, it was all-out warfare, but we finally passed a medical marijuana bill through the legislature in May 2009, only to see Gov. Tim Pawlenty (R) veto the bill, saying he preferred to “stand with law enforcement.”

State prosecutors, police, sheriffs, and attorneys general — not to mention federal DEA and FBI agents — are almost universally opposed to marijuana policy reform measures in every state, to the point where they actually spend time and taxpayer money campaigning and lobbying against us. Why?

1. IGNORANCE: For the most part, rank-and-file cops aren’t trained scientists or policy experts. They don’t spend much time reading medical studies or public policy analyses, and they generally don’t have much knowledge about the issue beyond how it directly affects their jobs. When presented with such information, they tend to listen to the people they encounter most in their work. Unfortunately, those people are almost always government officials or those with a vested interest in keeping marijuana illegal, such as drug treatment specialists. Since this information comes from “trusted sources,’ it’s usually accepted as fact, and differing viewpoints are therefore ignored. 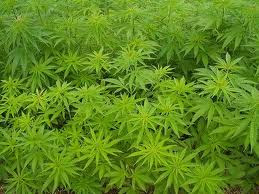 2. JOB SECURITY: Before MPP helped decriminalize marijuana possession in Massachusetts in November 2008, we learned that marijuana-possession arrests accounted for 6% of all arrests in that state each year. So, to some extent, law enforcement was opposing our ballot initiative because they were concerned that some of them might need to be laid off if there were fewer “criminals” to arrest and prosecute. As for me, I never thought that 6% of law enforcement would be laid off; more likely, we were freeing up law enforcement to go after real criminals. Which leads me to… 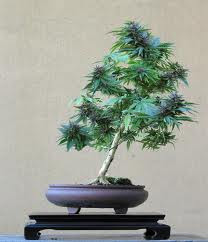 3. QUALITY OF LIFE: According to the FBI, 48 law-enforcement officers nationwide were feloniously killed in the line of duty in 2009, and none of these were killed by enforcing drug laws. It makes sense that going after murderers would be more dangerous than sniffing under college students’ doors. But policing exists to make society safer, and hunting down nonviolent marijuana users at the expense of thousands of unsolved assaults, rapes, and murders does nothing to accomplish this.

4. COGNITIVE DISSONANCE: It’s hard for any person to change his or her political opinion after years of believing that opinion. So you can imagine how it would be even harder to change your opinion on an issue after you’ve ruined the lives of hundreds or thousands of people by arresting them on that issue. In other words, once a cop arrests marijuana users, testifies against them in court, and moves up the political food chain because of all this, it’s almost impossible for that cop to then declare, “I was wrong.”

Thankfully, there’s an organization of principled law enforcement professionals who are neither ignorant, self-serving, nor mentally calcified. I’m talking about Law Enforcement Against Prohibition, an organization that deserves your wholehearted support.

And there is another ray of hope: When I talk to cops on the beat in the District of Columbia, where I live, I ask them, “What’s the worst crime you usually have to deal with?” They almost always answer, “Domestic violence.” I ask, “Is marijuana involved in that?” They laugh and say, “Never. It’s almost always alcohol.” So should marijuana be decriminalized, or maybe even legalized? “Probably, but the higher-ups would never go for that,” they say.

The most obvious explanation is that the higher-ups are (1) more likely to be appointed or hired by mayors and city councils, and (2) responsible for presenting departmental budgets to those politicians every year. So perhaps there’s a fifth reason why so many law enforcement officials are hostile…

5. FEAR OF OUT-OF-TOUCH POLITICIANS: Politicians are far behind the public when it comes to understanding the harms of marijuana prohibition. Whether politicians are afraid of being perceived as “soft on crime,” of sticking their necks out on what is still a fairly contentious issue, or of offending particular special interest groups, opposition remains high among elected representatives. Law enforcement officials looking for bigger budgets and better jobs will echo these politicians ad nauseum, providing them with political cover and legitimacy. And there we have a self-perpetuating cycle.

This is why it’s important to engage law enforcement on this issue at every opportunity. Whether it is the cop on your corner or the chief of police, opening the dialogue is vitally important.