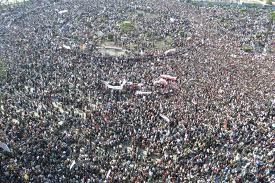 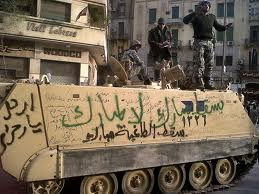 Santa Cruz, Ca. -- Watching the Egyptian revolution from the comfort of my living room on CNN and other American news media has allowed me to be a witness to a drama on par with Les Miserables. President Hosni Mubarek, although carrying the title of "President" is/was actually a dictator, despite denials as such by Vice-President Joe Biden. And now, the sheer force of the Egyptian people taking to the streets, bravely carrying signs and letting their faces be seen by Mubarek's secret police, has in only 18 days taken down a military regime. 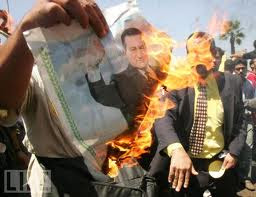 While without doubt, the unifying cry has been to throw Mubarek out of office, the secondary demand has been for the right of freedom of speech and for the right of the people to peaceably assemble. You see, under the Mubarek regime, one could neither protest nor assemble.

What will come next? In the best case scenario, the heads of the Egyptian army provide for a safe and smooth transition to free and open elections, as well as a transition to a representative government. Egypt's equivalent of Marshall Law will be lifted soon, ending the 30-year "emergency" that put it in place.

In the worst, religious-fanatics shoot their way to power and sharia law is instituted about the land. One election occurs and then no more after that. 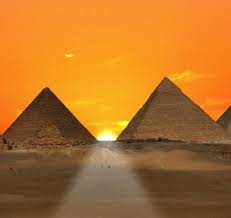 But I do not fear the worst. I am extremely hopeful for the fate of the Egyptian people, that they find their way forward, that an era of freedom of speech, an end to the use of State torture, and free and open elections follow.

Egypt's young people are educated, internet-savvy, and less interested in religious extremism than their parent's generation. However, in current Egypt, good-paying jobs have not been available, leading to a whole generation without hope. Ridding themselves of a corrupt regime that took away their rights and left them in poverty has got to help.

May God bless the Egyptian people.
Posted by Becky Johnson at 9:29 AM