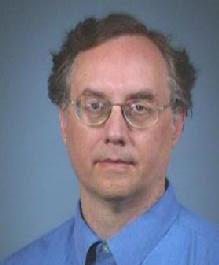 
JUAN COLE WRITES: "The chief cause of a lack of permits is Israeli refusal to grant building permits to Palestinians in East Jerusalem."

BECKY: Wrong! Israel has made available sufficient permits for all the Palestinians needs in E. Jerusalem, but they are expensive and complicated. Palestinians typically don't respect the Israeli government so often do not apply for a permit. Israel has every right to bulldoze illegal buildings without permits---as is done in this country without any objection from the public. Sometimes these buildings are on property which the builder doesn't even have title to!! But Juan Cole thinks that any building built by Palestinians and bulldozed by Israel is a human rights abuse! That's a double-standard since Cole doesn't object to the same practice when done elsewhere.

JUAN COLE WRITES: "The bulldozer operator appears to have been acting alone and was apparently seized with a fit of rage over accumulated grievances in his own mind, real or imagined."

BECKY: Here Cole is inventing a rationalization for the murderous and unprovoked attack on ordinary and innocent Israeli civilians. Cole does not know what was in the man's mind anymore than anyone else. A more likely rationale for the attack was the concept of Jihad, where a Muslim who is killed during a "Holy war" goes directly to paradise and into the arms of 72 virgins. Cole doesn't report that FOUR Palestinian organizations vied for the credit for the attack!! One of the organizations was affiliated with Fatah, or the "moderate" Palestinians. This was cold-blooded pre-meditated mass murder. Cole has sunk to a new low here with his defense.

Can you imagine what he would be writing if the driver had been an Israeli and bulldozing innocent Palestinians?

Cole doesn't mention the mother and the baby who were attacked. The mother managed to pass her baby out of the car window to a stranger just before being crushed to death by the bulldozer. You KNOW he would have headlined with this if the attacker had been Jewish.
Posted by Becky Johnson at 10:25 AM