Arresting a Whistleblower for "Trespass" 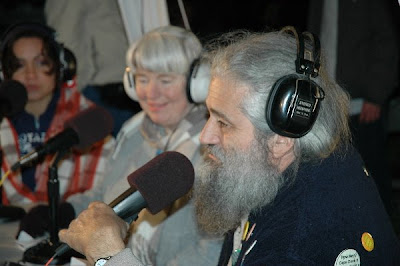 Santa Cruz, Ca. -- In mid-May, Superior Court Judge Ariadne Symons heard my court trial for the crime of "refusing to leave a business when asked".

The details of my adventures at the Metro Transit Center and the trial are chronicled at http://www.indybay.org/newsitems/2009/05/18/18595792.php ("Friday's Trespass at the Metro Trial--Notes from the Defendant").

Check out the above web address for a transcript of the audio tape of the incident.

On May 28th, Santa Cruz City Council took the unusual step of continuing its hearing on my claim against the City for false arrest. Usually such claims are routinely denied. It does not appear to be on the City Council agenda for tomorrow. Hence, there may be unusual pressure on Symons to find me guilty, since the threat of a lawsuit is real and present.

Normally she would have heard the tape we made of the affair in court. Instead she asked to be able to hear it later privately. We agreed (and, as it turned out, probably shouldn't have).

Some days later she demanded a complete transcript of the tape which cost over $300. On receiving that, she sent it back to us, insisting that the names of the speakers be filled in, requiring another $120+ worth of work.

Requiring transcripts of audio recordings sets a bad precedent for poor defendants who can't afford to have such documents written up. It discourages folks from introducing audio (and video) as evidence, when that may be the best evidence of official wrongdoing.

Finally she demanded from my attorney by e-mail final briefing on an issue fundamentally irrelevant to the arrest--whether it is legal to tape record a security guard who is questioning you in a public place. I include his response below.

The audio recording issue was not raised by the guard as his reason for demanding I leave the property and arresting me for not doing so. His only stated reason to the police was the (preposterous) claim that I was blocking a 6' long "Metro Center" sign.

Normally if an issue were raised and briefed (as Symons is demanding Beauvais do), one side would have access to the response from the other side--the prosecutor's response.

But since Symons is acting as both prosecutor and judge, she has no need to outline what argument she--the prosecutor--is making to herself--the judge, in response to Beauvais's brief below.


Come and watch the outcome in Courtroom 1.

ATTORNEY'S FINAL BRIEFING TO THE JUDGE BY E-MAIL:

You requested briefing on the issue whether the defendant had the right to record over the objection of the security guard at the time of the incident charged in this case.

The answer depends on whether the the recording was a confidential communication under Penal Code section 632. It was not.

“Application of the statutory definition of ‘confidential communication’ turns on the reasonable expectations of the parties judged by an objective standard and not by the subjective assumptions of the parties.” ( O'Laskey v. Sortino (1990) 224 Cal.App.3d 241, 248, 273 Cal.Rptr. 674.)

Here, the security guard had no reasonable expectation of privacy where the communication between him and Mr. Norse consisted of nothing more than a dialogue concerning the security guard's effort to force him to leave the premises.

It is hard to imagine how this communication would be considered confidential under the objective test.

Also the communication occurred in a public place and the security guard made no attempt to shift the location of the interaction to afford himself privacy from being overheard by others who were present at the time of the communication.

In addition, the security guard called the police to report the substance of the recorded communication to the police. This further evidences his intent not to keep the communication private between himself and Mr. Norse.

Finally, this was not a surreptitious recording. In fact, the security guard objected to being recorded. Merely objecting to being recorded did not turn an otherwise non confidential communication into one that was.

This passage from Taus v. Loftus (2007) 40 Cal.4th 683, 747 makes clear that the communication between the security guard and Norse did not occur under circumstances which make an expectation of privacy reasonable:

In Shulman, for example, the court could not have concluded that bringing the hidden recorder into an ambulance breached a reasonable expectation***827 of privacy without first concluding that the interior of an ambulance and conversations between a paramedic and an injured person in need of the paramedic's services was reasonably entitled to some degree of privacy or seclusion.

Finally, Mr. Norse made clear on the tape that he was a broadcaster who was investigating arbitrary ejectments from public property. Mr. Norse had a right under the First Amendment and California law to record for the purpose of broadcasting on an issue of public concern where the recording took place on public property.

A copy of this email has been forwarded to the Santa Cruz City Attorney.