The Politics of the Playground 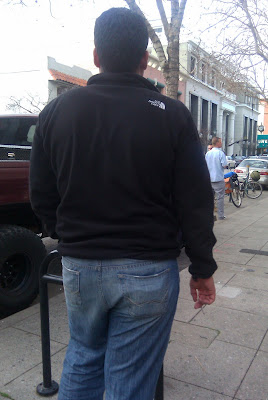 Like many a political leader before him, the Mayor of Santa Cruz is learning that when it comes to tobacco, nothing you do is ever good enough to satisfy the prohibitionists.

As reported previously, Santa Cruz recently enforced an outdoor smoking ban to go along with its many other anti-smoking laws. Santa Cruz resident Ethan Epstein describes how 'comprehensive' these bans are:

In this bastion of “tolerance,” smoking has been banned throughout all indoor public spaces, outdoor dining areas, parks, beaches, and downtown thoroughfares. My (exorbitantly overpriced) apartment building has imposed a smoking ban that even covers private residences.
I don’t smoke, but my girlfriend does, and she is forced to shiver in the bitter – for California – cold when she wants to light up. That smell wafting into your apartment is not cigarette smoke: it’s illiberalism and intolerance.

And what does the American Lung Association in California (ALAC) do to reward Santa Cruz's slavish devotion to the anti-smoking cause? It awards the city a 'D' in its Tobacco Report Card.
Treating this arbitary rating system with absurd high seriousness, ALAC spokesman Paul Knepprath said the city was oh-so-close to getting a 'C'.

Knepprath said if the code specifically referred to second-hand tobacco smoke, it would have meant an additional bonus point, which after the errors were fixed, would raise the overall grade.

In other words, Santa Cruz could have only got a 'C' if its politicians lied and said that smoking outdoors posed a health risk to nonsmokers. There is, of course, no evidence for this.
What makes all this funnier, is that the Mayor has taken the news very badly indeed and has started throwing his toys out the pram. He scribbled an angry letter to the ALAC, saying...

"This is ridiculous and, frankly, it does not motivate me to press my City Council colleagues to take further action to reduce smoking: quite the reverse."

Quite the reverse? You mean you're going to take action to increase smoking just because the ALAC hurt your feelings?

"I feel we are being abused and that the rating system is clearly a fraud and meaningless."

And Mayor Rotkin was still throwing a hissy-fit when the press caught up with him...

"Frankly, it makes me so angry I don't ever want to talk to these people again," he said in an interview.

Is this the level of school-yard politics we've be reduced to? Draconian laws being introduced to impress the bigger boys and then petulant name-calling when they don't get the pat on the head they feel they deserve?
I don't claim to be an expert on local politics in America, but aren't politicians supposed to be acting in the interests of their electorate rather than trying to to earn gold stars from out-of-town single-issue campaigners? Rotkin's reaction makes it pretty clear that climbing up a league table comes ahead of serving his electorate.
Rotkin himself is a rum fellow. He teaches 'Community Studies' at the University of California ("yes, I think I will have fries with that"). This includes an Introduction to Marxism, which I'm sure he teaches in a balanced and reasoned way, as you would expect from someone who edited The Socialist Review for ten years, describes himself as a "Marxist-Feminist" and lists his interests as...

According to Discover the Networks:

Rotkin's ideals are outlined in his 1991 PhD thesis (entitled Class, Populism, and Progressive Politics: Santa Cruz, California 1970 - 1982), which describes his stealth strategy to implement socialism in the United States. A chapter from this thesis, titled "A Three-Part Strategy for Democratic Socialism," currently serves as an assigned reading for his "Introduction to Marxism" course.
Part one of this strategy is Grassroots Organizing, which means finding groups with grievances against society and helping them to "wrest concessions," as he phrased it in his thesis. Borrowing from Saul Alinsky's tactics, Rotkin advocates hiding his true socialist agenda from the people he helps while "preparing the ground" for subsequent stages.

I don't wish to offend the good people of Santa Cruz who have elected him as Mayor four times, but from where I'm sitting this man sounds like an asshole.
And it gets better. Mayor Rotkin - who, let's say again, has banned smoking outdoors - is a board member of the American Civil Liberties Union. Is this guy for real, or what?
It's interesting to note that Santa Cruz's recent outdoor bans were brought in to curry favour with the ALAC after getting a 'D' last year.

The city received a "D" for 2008, which partially prompted the council to pass the ban on smoking along Pacific Avenue, West Cliff Drive, the Santa Cruz Municipal Wharf and other public sites. The ordinance, which took effect in October, expanded earlier prohibitions against smoking in restaurants and in lines for movies and concerts.

All of which makes last year's debate over whether or not to bring in these bans look like a bit of a charade. Policy seems to be being dictated by unelected pressure groups rather than the council. The silver lining is that the ALAC seem to have gone too far this time and alienated the childish and self-absorbed politicians upon whom they rely. I predict Santa Cruz will be getting a 'C' sometime soon.
Thanks to Becky for the tip
Posted by Becky Johnson at 2:48 PM