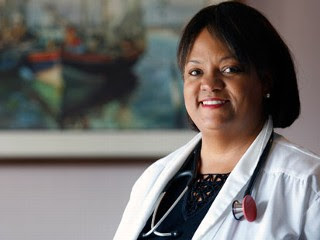 NOTE TO READER: I'm glad to feature yet another excellent article by my friend, Chris Snowdon of London, England who wrote the book on the anti-smokers movement. Fear-mongering like Surgeon General Regina Benjamin is engaging in under the illusion of being scientific must be reigned in. Snowdon is the man to do it. --- Becky Johnson, Editor

London, England -- It was a mark of the crankiness of Victorian-era anti-cigarette campaigners that they claimed cigarettes caused instantaneous death (see Chapter 2, Velvet Glove, Iron Fist). And it was partly because the public became weary of such obvious scare stories that they found it difficult to believe the real truth—several decades later—that chronic smoking could cause fatal diseases in middle- and old-age.

But everything comes full circle and the latest comments from the new Surgeon General, Regina Benjamin, seem designed to take us back at least 100 years. Her predecessor was a tough act to follow. Scientifically illiterate statements like "There is no significant scientific evidence that suggests smokeless tobacco is a safer alternative to cigarettes" and "There is no safe level of secondhand smoke" set new standards of quackery at the Surgeon General's office. But the new incumbent looks up to the job, and when you have an obese Surgeon General serving a president who smokes, all bets are off.

The latest headline claim—breathing a puff of secondhand smoke can kill you instantly—is really just a variation of Carmona's "no safe level" rhetoric. It takes the theoretical possibility that someone at death's door who is critically, terminally ill with heart disease could be finished off by smoking a cigarette, and then extends it to suggest that healthy people are being killed in the street from breathing secondhand smoke.

Benjamin has done nothing to distinguish between these very different situations. Indeed, she has gone out of her way to add to the confusion. This is very clear from her recent interview with Ed Baxter on KGO Radio. Baxter gives her every opportunity to clear up any misunderstanding but Benjamin just keeps piling it up. The transcript is below, and requires little further comment, but I recommend listening to the audio to get a measure of the woman. She doesn't exactly ooze authority. (Listen here - starts at 17.00). My thanks to Becky Johnson for helping with the transcript.

EB: Well, this may be, there have been a lot of warnings about cigarette smoking, but this may be the scariest I've seen. So we really wanted to get it straight from the person who did the study and the survey so we went straight to the top. Surgeon General, Regina Benjamin is on the KGO live line. Thank you for joining us.

RB: Thank you for having me.

RB: It can certainly cause a heart attack and death, that's true. This report is the 30th Surgeon General's report on tobacco. The previous reports have focused on what diseases are caused by tobacco. But this particular report focuses on how tobacco smoke really damages every organ in your body. One of the things we know is that if you inhale cigarette smoke or inhale passive, second-hand smoke you might have an underlying cardiac disease like heart disease and didn't even know it. When you inhale it, those chemicals, they can irritate the blood vessels, irritate that lining, causing immediate damage. And also cause your blood to be thicker and clot quicker so that can cause an immediate heart attack. So just that one cigarette can cause a heart attack.

JLJ: So even just second hand smoke? Just a whiff of the smoke?

RB: That's correct. We know that cigarettes today have over 7,000 chemicals and chemical compounds. And inhaling those chemicals causes immediate damage to your blood vessels.

EB: And this, of course, would be more severe or traumatic to somebody who has a chronic condition, who has been smoking for a while....

EB: So anyone just walking on a street, a first cigarette or just second hand smoke?
This could be caused by hypertension or any underlining disease, correct?

RB: Any underlying disease or people who may appear to be very healthy and just didn't know it! And also people who are healthy, it affects them as well. It affects your blood vessels and can damage your DNA. We find that people who, particularly women who have reproductive problems, because the DNA is affected by the chemicals in the tobacco. We didn't even know these chemicals existed. We didn't even know that there were 7,000 different chemicals and chemical compounds so these things are new. It's very scientific, but how these chemicals affect your body. Every organ in your body.

EB: We know it causes cancer. It may lead to heart disease. People are talking about chronic diseases. We're talking about instantaneous—and I just want to make sure we're understanding this correctly—instantaneous... your next cigarette or breathing someone's secondhand smoke could cause, basically, an acute episode that could lead to instant death.

RB: That's correct. The other thing is that these cigarettes today are more addicting. The nicotine, the chemical compounds that we now have the science behind—and this report tries to explain how it becomes much more addicting.