Photo Album of Santa Cruz notables is out 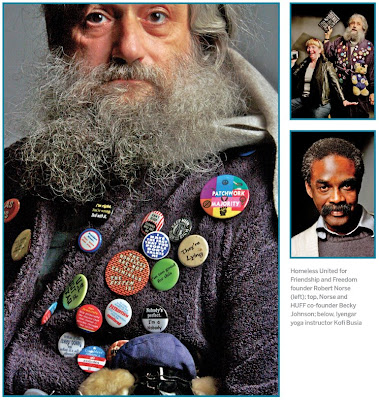 Santa Cruz, Ca. - Metro Santa Cruz has published their 15th Anniversary issue and two HUFF members, Robert Norse and myself among those pictured. Now the choice of who feature belonged entirely to the editorial board of Metro Santa Cruz. In the past they called Robert and me "Gadfly #2 and Gadfly #3 respectively). Robert Norse has made or held the gold for Number One Villain for every year in which the magazine conducted its poll. What can I say? They love to hate us!

Here is the link to the Faces of Santa Cruz, and Happy Anniversary to Metro Santa Cruz!!