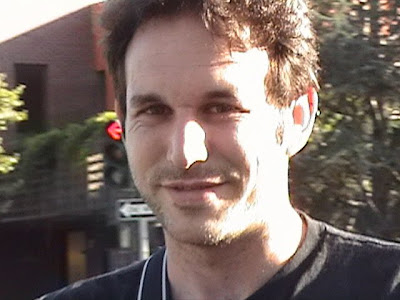 Photo I took of Bradley Stuart taken seconds after he assaulted me at the Town Clock, Aug 4, 2006 at 6:17PM

Santa Cruz, Ca. -- Now many readers know that I have had a long running battle with Indybay.org/santacruz which is the latest generation of Santa Cruz Indymedia. I am one of the founders of Santa Cruz Indymedia, along with Robert Norse, when we were both approached by Vangelis in the fall of 2000 and asked to join. The site went live 6 months later. Robert and I attended a few early meetings, but we primarily concerned ourselves with gathering and writing the articles which became some of the first articles posted there. At the time of the controversy in 2005, Joe Williams, who had monitor status, told me that I had contributed more postings at Santa Cruz Indymedia than any other single contributor. Rather than be rewarded for my unpaid contributions to the site, I was rebuked. Two indybayista's, Matt Fitt and Bradley Stuart, decided to drive me from the site using any tactic they could think of, including censorship, threats, slander, libel, stealth meetings, hyperbole, and even a physical assault on me at the Town Clock by Bradley Stuart. My IP address was blocked for 6 months and a similar purge was led by the same two people at Free Radio Santa Cruz, where I had produced Robert Norse's radio show for 11 years.

Why did my leftist buddies do an about face and now ban and censor me? Because I support Israel. How does Bradley Stuart feel about Israel? See this on his blog.

Naturally, when my posts on indybay.org/palestine are deleted 20 seconds after I post them, it gets discouraging. Why write them if no one will ever read them? Apparently ONLY preaching to the choir is allowed at Indybay.org, and I've heard tell that Bradley Stuart won't allow any new volunteer to be given monitor status unless they vow to oppose capitalism. What does that even mean? Does that mean you don't buy food at a store? That you don't work for money? But apparently that's only the first problem with Bradley's reign of error.

Forget what the editorial guidelines say. They are ignored for the posts they like, and posts they don't like are removed even if they violate no rule. Here is an example of a post of mine which was recently removed. It was in response to this article, entitled "Doctor: 90% of war casualties at Gaza hospital were civilians"

I see the censors at INDYBAY can't allow a dissenting point of view. That's how they keep their LIES posted so long without any opposing comment.

For the REAL numbers see my analysis of the death toll and the IDF report which lists total deaths at 1133, 709 of them combatants, the VAST majority were male (96%), and the IDF report doesn't include ALL THE NATURAL DEATHS that occurred in Gaza during the Winter incursion as deaths by the Israeli military.

"And the Hannoun and al-Ghawe families will sleep outside again tonight on the pavement across from their homes."
Posted by Becky Johnson at 6:07 PM