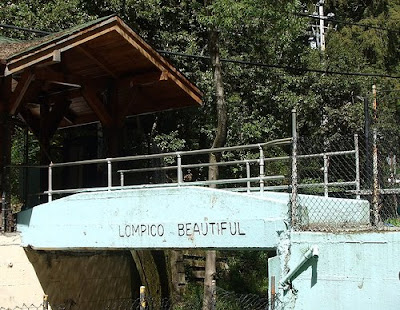 NOTE TO READER: This editorial published in 1989 contains information which was known to everyone who followed this case. Child Protective Services was a suspect organization still smarting from the Ruby Pointer case, in which a mother was raising three feral children, and CPS didn't catch on for years. The hellhole in which Leslie Silvola was raising her daughters stood out as yet another example where neighbors had filed multiple reports of neglect and substance abuse, but CPS didn't intervene until a three year old girl had been fatally assaulted.

This story has been lost. In the new retelling, a mixed up runaway teenager who had never been in the home before that day, has been turned into a remorseless villain, and the meth-selling, baby-sex party hosting welfare mom has been transformed into the innocent, grieving mother who longs for justice. The goal of the historical revisionism appears to be to keep a man in jail 12 years past his sentence. So in the interest of reminding the good citizens of Santa Cruz exactly WHAT transpired in Lompico in late 1988, how the CPS failed to protect that little girl, and what a terrible mother Leslie Silvola was, I'm reprinting Joane Jacobs editorial.

Here is a reprint of Joane Jacobs 1989 editorial:

LAW ON NEGLECTFUL PARENTS PUTS THE BURDEN ON KIDS

Article can be found online at:

MARIHIA Silvola died on New Year's Day, after a 16-year-old boy sodomized her in a bathtub, pushing her head under the water to drown her cries. She was 3 years old.

As the little girl lay dying on the floor of her home in Lompico, in the Santa Cruz mountains, neighbor Gail Levey testified, her mother said, "This is just great! This is all I needed!"

Later, Leslie Silvola, 34, called Levey, who had taken charge of Marihia's sisters, Amber, 2, and Cynthia, 7 months. "She asked about her dogs and her house, never about the kids," Levey said.

Donald Schmidt of Fremont, now 17, was convicted in Juvenile Court last month. Schmidt, himself a victim of childhood sexual abuse, can be held till he's 25, if he gets the maximum sentence.

Marihia's mother was sentenced to one year in jail after pleading no contest to one felony count of furnishing methamphetamine to a minor and a misdemeanor count of child endangerment. The district attorney dropped nine felony charges -- six for furnishing illegal drugs, three for child endangerment -- in exchange for the mother's testimony against Schmidt.

Credited with nearly eight months in jail awaiting trial, Silvola soon will be in a residential drug treatment program. Then she'll be free. And she'll have the right to "reunify" with Amber and Cynthia, now living with Silvola's sister.

Child welfare officials won't discuss the Silvola case, citing confidentiality rules. But Janet Reed, child welfare program manager for Santa Cruz County, said state law gives parents the right to a family reunification plan, unless there is "clear and convincing evidence" of abandonment, serious and chronic mental illness, serious "re-abuse" or neglect after a child has been returned to the family from foster care, or if the parent "has been convicted of causing the death of another child."

A conviction for child endangerment, even if the endangered child was murdered, would not fall under the "causing the death" exclusion, Reed said.

A typical reunification plan in a serious case includes psychological evaluation, completion of a drug treatment program, long-term attendance at Narcanon or Alcoholics Anonymous, maintaining a stable home and showing a stable source of income (welfare counts) for a long period of time, completion of parent education and family therapy, monitored visitation with the children and no record of drug or alcohol arrests, Reed says.

Half of parents in such a plan regain custody after 12 to 18 months, Reed estimates. About 10 to 20 percent of those children end up back in foster care because of subsequent abuse or neglect. "It's not as high as you might think, but it gets higher to the extent drugs were involved in the original problem." Levey, a nurse and the mother of a 4-year-old boy, believes that if Silvola gets her children back -- through a court- approved plan, or simply by picking them up from her sister and leaving the area -- Amber and Cynthia will not survive.

Marihia and Amber used to show up at Levey's house, filthy and hungry. "I'd wash them and feed them." When she had to send the children home, "Sometimes they'd stand outside my window for 15 minutes. They never wanted to go home." Once Levey sent Amber home for a diaper change, she testified in a preliminary hearing. She marked an "X" on the dirty diaper. The next day, Amber was "still wearing the same pajamas, the same diaper."

Levey also testified she saw "at least a half-dozen men" with the girls over the four months they lived next door. One day she asked one of the men if the girls could play with her son. "He said Marihia could come over, but that he needed Amber to keep him company." A few minutes later, Levey testified, she heard screaming.

''Irrefutable" medical evidence showed Amber had been sexually assaulted in the weeks before her sister was raped and murdered, says District Attorney Art Danner. "There's equivocal evidence on the 7-month-old."

Levey called Child Protective Services twice to report that the children were dirty, hungry and neglected. She made follow- up calls. She also reported her suspicions that Silvola was dealing drugs. "They thought I was a crank."

After Marihia's murder, doctors said Amber and Cynthia were on the border of being malnourished, Danner says.

But the CPS investigator who came to the Silvola home before Marihia's death did not find evidence of neglect.

Perhaps that's because the county made an appointment. Marihia's 17-year-old half-sister Lisa told Levey the family had been investigated before, in other places they'd lived, always with advance notice. "Lisa said her mother would tell her to clean the house and dress the kids."

CPS is "already guilty of one murder," Levey charges. "They killed Marihia. They had ample information to prevent her death. If they give back the girls, they will be molested. And they will be murdered."

And Silvola will try to get the girls, Levey believes. "Lisa told me the children were her paycheck. I assume she wants her paycheck back."

I would not accuse anyone of murder, except for the boy who drowned Marihia. It's very tough to walk into a house and prove child abuse or neglect. The standard of proof required to remove children from their home has to be high; the standard of parenting required has to be low. An investigator, especially on an announced visit, can't know for sure what's really happening in that home. But we know now what happened to Leslie Silvola's defenseless children. We know she gave a powerful, illegal drug to a 16-year-old stranger and left him in the bathroom while her 3-year-old daughter sat naked in the tub. (She trusted Schmidt so little that while he was in the bathroom she was searching his pockets to see if he had stolen anything from her.) We know that Marihia is dead.

I don't care if Leslie Silvola kicks drugs and gets an A+ in parenting class. If she gets a second chance, what chance will Amber and Cynthia have?